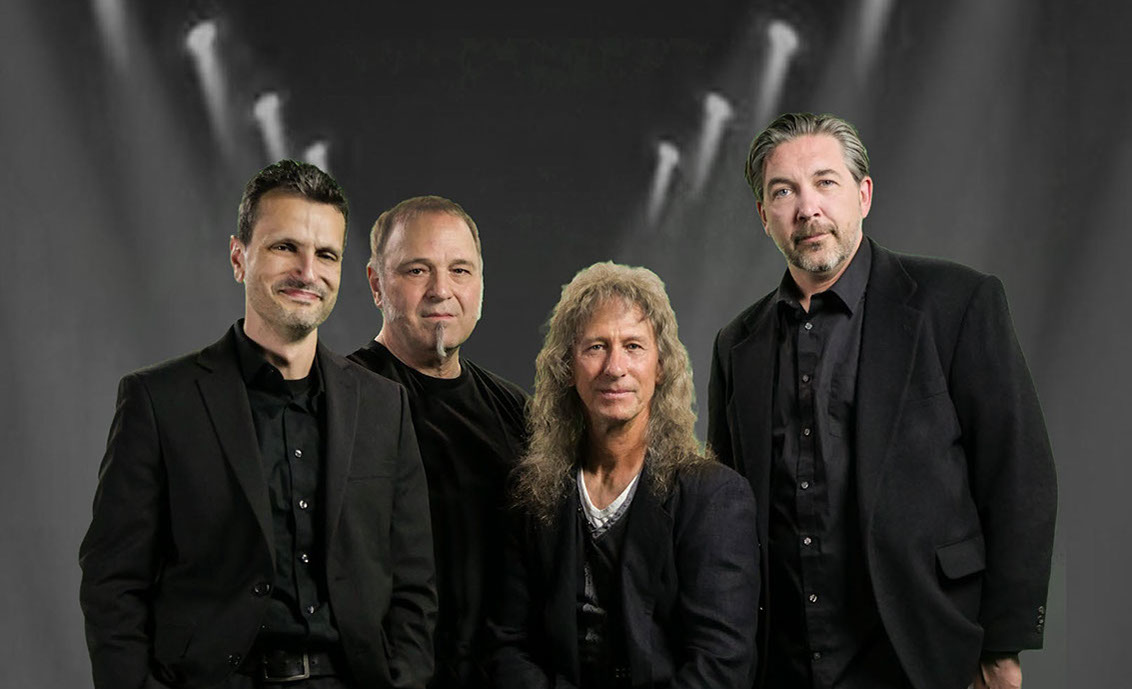 Apparently, some people just won't give up on long held goals and aspirations.

Jeff Brewer and Robert Hutchinson, co-conspirators behind the inception of what was to become The Far Cry, can vividly recall the musical awakening that occurred in their younger days when The Beatles landed and with all that followed. Soon thereafter, they each were even more deeply moved by the emergence of the Progressive Rock bands of the early 70's, most notably King Crimson, Yes, Emerson, Lake & Palmer, Genesis and Gentle Giant.

Jeff and Hutch first crossed paths around 1976 with the formation of a short-lived rock covers band. Common ground occurred later, though not simultaneously,when both were members of Connecticut  prog-rock band Holding Pattern, Hutch as co-founder from 1980-83 and, after Hutch left the band, Jeff joined as lead vocalist & percussionist from 1984 to 1993 when the band ceased operations.

Fast forward to 2013 when Hutch purchased a speaker cabinet Jeff had for sale. In the attendant dialogue, the pursuit of the likely impossible was quickly broached and a decision made to chase the dream just one more time. Thus the seeds for The Far Cry were sown.

Unfortunately, due to the ambitious and stylistic nature of the music they were pursuing, connecting with suitable personnel to complete the band lineup was met with recurring difficulty and disappointment.

Eventually, the duo decided to enter the recording studio to get the material up and running. Guitarist Bryan Collin had already been in contact, having answered a Craigslist ad, and was amenable to playing on the recordings. As he did so, he became intrigued and more strongly connected to the music and the band concept. 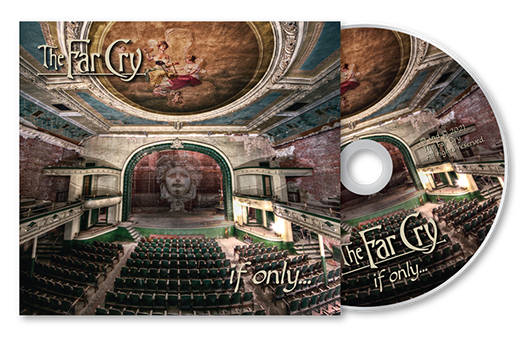 Certainly his stellar contributions and playing on the "If Only" CD demonstrate that. Bryan Collin was now The Far Cry guitarist.

Still, a highly competent keyboardist was required. Studio owner and master engineer John Bolduc was asked if he knew of any keyboard man who could properly interpret and perform the music he was hearing.

John responded instantaneously:  Chris Dabbo. No time was wasted in contacting him. At first, Chris came on as a session man but very quickly demonstrated his impressive skill set as well as a connection to and understanding of the music. All involved were highly enthused and Chris was drafted in as keyboardist for The Far Cry.

Hence, the "If Only" CD is a result of a step by step evolution by what has now become a fully formed membership. Robert Hutchinson, Jeff Brewer, Bryan Collin and Chris Dabbo are the artists that comprise The Far Cry. The future awaits.

Jeff began formal guitar studies at age 10, and gave his first live performance by the age of 12. With the Beatles being the catalyst into music, it was King Crimson's 1969 debut album, In the Court Of The Crimson King that forged his musical direction.

After having his guitar stolen 1975 he moved to lead vocals, playing in various bands on the Connecticut music scene and opening for headliners Saga, Eddie Money and Twisted Sister.

In 1983 Jeff was invited to join the progressive rock band Holding Pattern where he spent the next 10 years as lead vocalist and multi instrumentalist incorporating vibraphone and various percussion as well as acoustic guitar. The band opened for prog legends  Kansas and The Steve Morse Band on several occasions. Jeff also appears on the Holding Pattern album "Majestic" as well as Tony Spada's solo release"Balance of Power'' as guest vocalist.

After a brief break from performing and deciding to become primarily a singing bassist he joined Connecticut progressive band After the Fall as bassist, backing vocals and percussion. Jeff appeared on two releases with the band, "The Living Drum" in 2000 and "Knowledge" in 2005.

The band also performed at prog day pre-show In 1999 and opened for The Flower Kings on Sept 9th 2001 in New Jersey two days prior to the attacks on the Twin Towers. 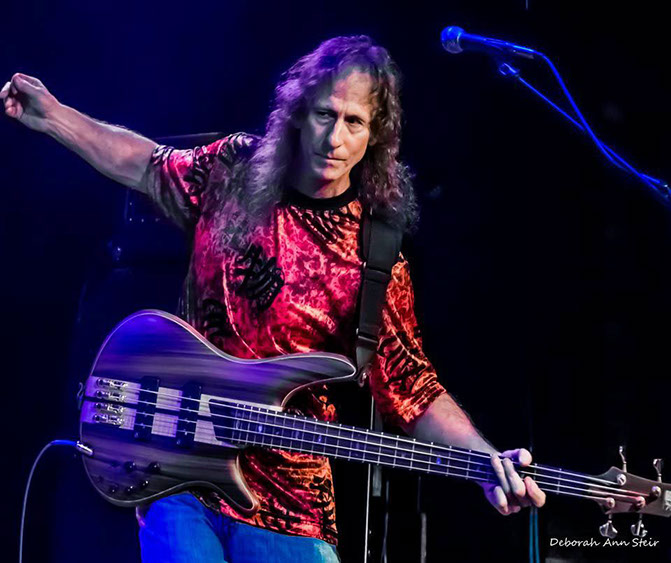 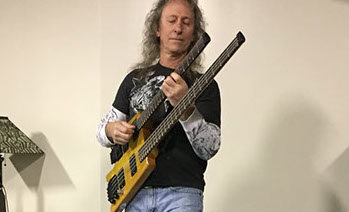 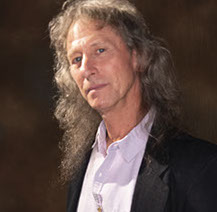 "Hutch" took his first drum lesson at age 7 but it wasn't until he heard the Beatles at age 13 that he felt the spark for playing. He eventually got his first real drum set on his 15th birthday and was in his first rock band a year later.

A succession of short lived bands followed until being tapped to join Elysian Field, a very prominent Connecticut band playing mostly original material. It was during his time with that band in 1972–'73 that he first enjoyed radio airplay in the Connecticut area. Later, he played with well known New Haven based band, Whisper, in 1977-78.

In 1979 he co-founded the noteworthy progressive band Holding Pattern and plowed that furrow until leaving at the end of 1983.

In 1984, Hutch left Connecticut for Los Angeles in pursuit of new horizons. What resulted was an unintended 10-year period of disconnection from the music business. Three years of training with drum instructor Tom Mendola at the Faunt School of Music, and tons of practice, got him back on track. During this time, he slowly revived his composing abilities by jotting down rhythmic, melodic and lyrical ideas and keeping these for future use. A time would come.

In 2003, he left Los Angeles to return to Connecticut for a short lived revival of Holding Pattern, including a gig in Tokyo, Japan. All the while, he has worked as a full time drum teacher and continues in that capacity to the present day.

In 2013, Hutch re-connected with Jeff Brewer, with whom he had played in a band back in the late 70's. Continued persistent efforts have now led to the emergence of The Far Cry. 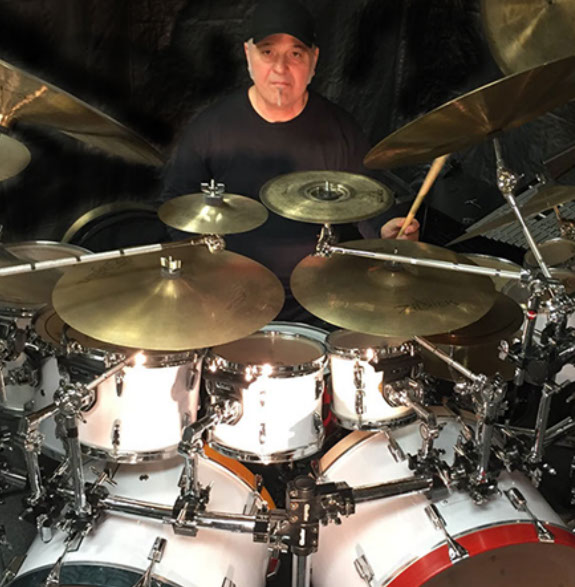 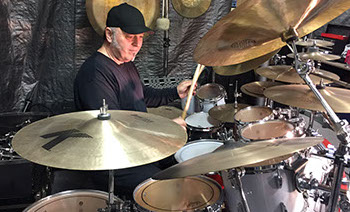 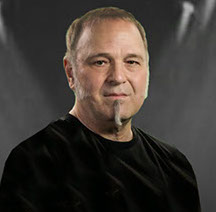 Bryan Collin is a lifelong student of music and the guitar currently residing in Connecticut. He began playing the guitar at 8 years old and at age 15 co-founded the progressive hard rock band October Dawn. The band met with some success on the local nightclub circuit and released 2 full length albums before disbanding in 1992. At age 18 Bryan uprooted to New Orleans where he immersed himself in the local industrial and hard rock scene as a guitarist for the next 3 years.

Upon returning to Connecticut in 2002 Bryan enrolled in the Hartford Conservatory of Music, studying Audio Engineering and Record Production under John Bolduc for the next 5 years. During this time he minored in jazz guitar under the guidance of Jim Martin. After graduating Bryan began producing his own material under various monikers, as well as the projects of others which continues today. He has enjoyed being a member of The Far Cry since 2018. 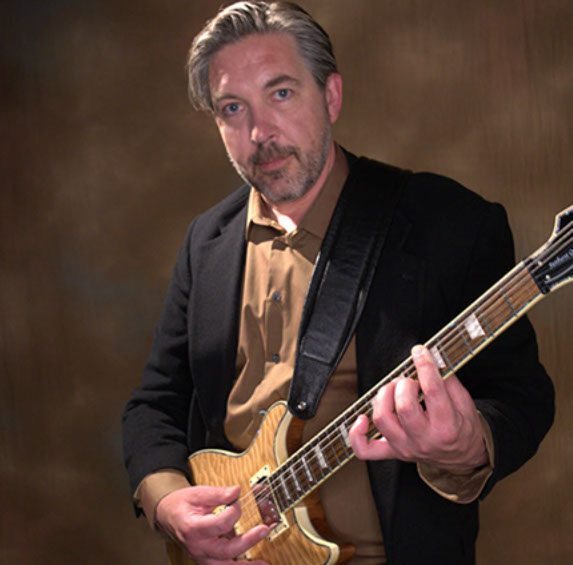 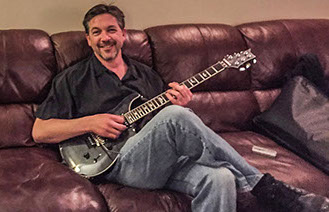 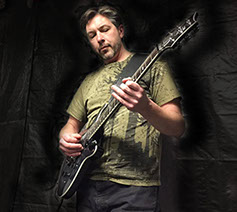 Chris Dabbo is a Connecticut-based musician who has sustained a professional career in music since age 16 by collaborating with a number of projects on stage and in the studio.

He began formal training on the piano at age 10 with a concentration on classical technique and repertoire. During his teen years and his time as a student at the Hartt School of Music, he gained inspiration from players like Elton John, Billy Joel, and Bruce Hornsby. Around the same time, jazz and progressive rock became another driving force in his growth as a musician. He found that the most transformative impact on his playing came from studying the styles of Art Tatum, Oscar Peterson, Chick Corea, Keith Emerson, and Jordan Rudess.

In pursuit of a career dedicated towards music education, Chris continued studies at the University of Memphis and received a Master’s degree in music while maintaining a full schedule playing shows on Beale St. and working as a session player for several performance acts in Memphis, TN.

His recording and performance credits have included both local and national acts: Aaron Neville, Deana Martin, Ghost Town Blues Band, Empire, and Off The Grid. As a soloist he has released two albums of his own—Time Flies in 2010 and Dawn To Dusk in 2018. Chris is currently a dedicated piano instructor and still active as a performer and recording artist. In addition to The Far Cry, he performs and records with several projects in Connecticut including Off The Grid, Parkway Diner, and The Rubber City Band. 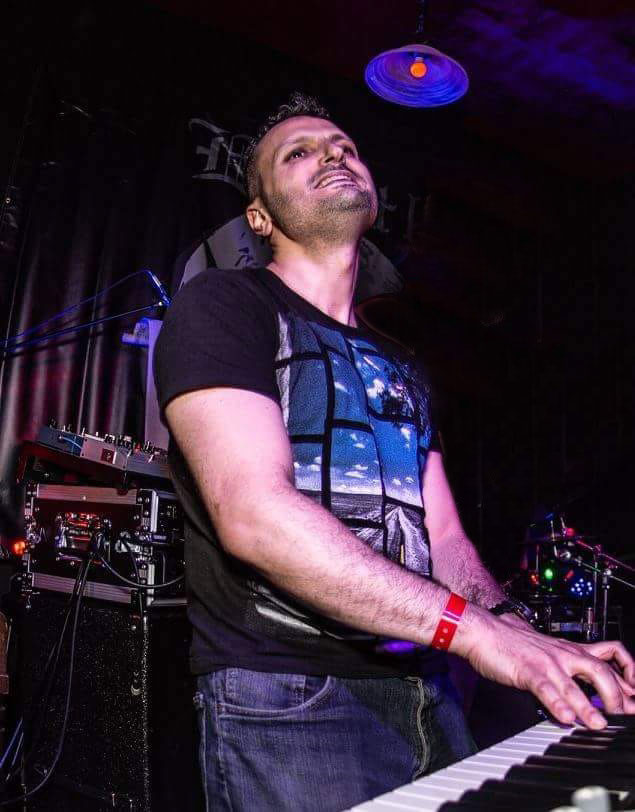 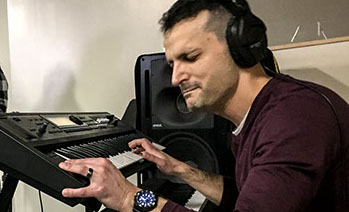 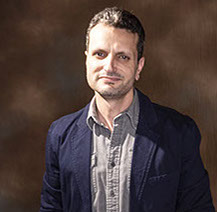 John likes "If Only..." so much that he wants to use it as his flagship project to promote Massiphonic Studios. John has been involved in music since childhood and is a multi-instrumentalist, a graduate of the Hartford Conservatory of Music, and is one of the best recording engineers on the east coast. At 18 he spent some time at Trodnossel Recording Studio in Wallingford, CT, and states  “When I sat behind the massive console with three sets of speakers looking at me, glowing lights and buttons everywhere, my mind exploded with the vastness of musical possibility. I was home.” At age forty-four, John left the Hartford Conservatory to spend the next three years building his dream studio. He took all his knowledge and imagination and created the perfect studio: MassiPhonic. John states, “At this time I am sufficiently prepared to help musicians make exceptional art. Bring it on!"       http://massiphonic.com/ 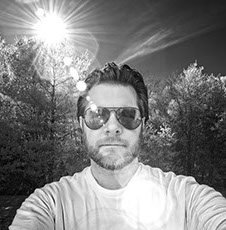 "I am especially proud to have my images used with the debut of what I think is an epic progressive rock album."  Frank has a love for turning renowned haunted buildings into stylized, yet creepy, works of art. He has been photographing abandoned, spooky, weird and wonderful New England for the last 14 years. He combines his camera and eye with Photoshop manipulation to bring out the surreal aspects of his subjects. He’s been a finalist for Ron Howard’s “Project Imagination” for the last two consecutive years, his work has been shown in galleries in both New England and New York, his photography is featured in the stage show An Evening of Ghost Stories and New England Legends, and he loves all things ghostly and haunted. Frank uses a Sony A7RIV camera with a variety of wide-angle and fish-eye lenses. In 2014, he published his first wall calendar with Tide-mark Press Ltd.
www.trigphotography.com 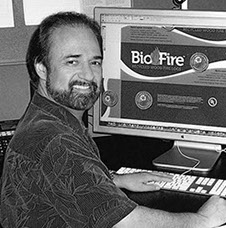 "The Far Cry has produced an album with excellent material and musicianship that is tight, intricate and creative. I'm pleased to have been invited to design the CD cover, website and work on the band's photos. I expect great things from The Far Cry and can't wait for their next album." Len owns and runs Design Strategies, Inc., a full service graphic design and marketing company in Clearwater, FL. The company has been in business for over 31 years, producing packaging design, logos/branding, website design, brochures and other marketing materials. He has designed all of the artwork for the "If Only..." album including this website.
www.DesignStrategies.com

Copyright © 2021 The Far Cry. All Rights Reserved. THE FAR CRY and it's logo are trademarks owned by Hutchinson/Brewer/Collin/Dabbo (HBCD Publishing Co.).
All performance rights reserved. Site design and maintenance by www.DesignStrategies.com.